Welcome aboard the Dream Inspiration Tour, where we’ll be sailing the dream to inspire others to do what it takes to make their dream a reality.

We invite you to help spread the amazing story of Schooner Huron Jewel to inspire others to live their dream. Travel with Captain Hugh and Julie Covert on their voyage through the Great Lakes to the Eastern Seaboard, south to Florida, and back.

“If you don’t name your dream it will never happen,” Julie had said. “What do you want to do in life?”

A 2010 New Year’s Eve conversation between newlywed Hugh and Julie Covert, about bucket list dreams was the impetus for building Schooner Huron Jewel. Sailing and building since he was four years old, Hugh Covert, a tall ship captain, had dreamt for decades about building his own schooner.

Then in 2015, since there was no better time than the present, as Hugh is known to say, he started designing the optimal sailboat for the incredible sailing waters of the Great Lakes and Drummond Island, located on the eastern end of Michigan’s Upper Peninsula where they live—a shallow-draft, 78 foot, two-masted centerboard schooner.

To make it happen, Capt. Hugh quit his job, they emptied out their bank accounts and retirement accounts, and scrounged for two nickels to rub together. Many perceived the Covert’s dream as a monumental project that might never be accomplished. Driven to make their dream a reality, Capt. Hugh and Julie worked almost seven days a week for two-and-a-half years straight, with the help of over fifty volunteers many who have become dear friends. In June 2018 they launched and christened Schooner Huron Jewel, Capt. Hugh’s ninth and largest boat. They now offer public daysails and overnight trips aboard her.

“If you stand around and just talk about what you want to achieve it will never get done,” Capt. Hugh said. “You have to actually do it. You have to make it happen and there’s no time better than the present.”

Unable to do public trips in 2020, the Coverts and their crew instead sailed the Great Lakes bringing the schooner to people’s backyards and encouraged people to follow their dreams. Seeing all the smiles on people’s faces they realized they were making a difference – bringing joy and inspiration during a challenging time.

The coronavirus pandemic has slowed down the pace of life for many people, giving them time to reflect on what is important. Recognizing this and wanting to encourage people to name their dream, follow their dream, and make it happen, Capt. Hugh, Julie, and their crew, will take a nine-month voyage, beginning in mid-August 2022. They will sail from their homeport of Drummond Island, MI through the Great Lakes to the St. Lawrence Seaway, south along the eastern seaboard to participate in the Great Chesapeake Bay Schooner Race and Annapolis Sail Boat Show, all the while at each port of call they will encourage people to live their dreams. They’ll then continue south for the winter spreading their message and head home in Spring 2023. On their Dream Inspiration Tour of over 7500 nautical miles, they will tell their story to thousands of people to inspire them that when you name your dream, and follow it you can make it happen, just as they did, as exemplified by their company’s motto of “Sailing the Dream.”

The Coverts invite you to join their voyage by supporting their mission to encourage people to name their dream, follow their dream, and make it happen, because as Capt. Hugh is known to say “there’s no better time than the present.”

We have some terrific ways you can be a part of this exciting voyage. Imagine what you might help inspire someone to achieve – the possibilities are endless

Thank you in advance for helping us encourage others to live their dream, no matter how big the dream may be.

Name your dream,
Follow your dream,
We’re sailing the dream,
to inspire others to make it happen!

All corporate sponsors will get lots of visibility through our swag bags, social media shout-outs, and other fun benefits. Sponsorships of products or equipment will also get online product reviews and unpacking and installation videos where appropriate.

We’re planning on handing out at least 1000 swag bags on our trip. Bags to include stickers, buttons, magnets, flyers, drink coasters, and a special edition Schooner Huron Jewel newspaper. Other items with your name or logo on them will include Dream Inspiration Tour t-shirts, frisbees, bandanas, and hats!

Choose one of our sponsorship sail plans by clicking here or let us custom tailor a sponsorship package for you.

Here are just some of the places we’re considering stopping in at:

Want us to come to your home port?

Give us a call and we’ll try to make it happen!

78-Foot Schooner Huron Jewel in Duluth Through Monday
August 9, 2020 Katharine Huntley
The schooner will be docked behind the DECC throughout the day on Monday for free tours.

Schooner Huron Jewel Arrives in Duluth
Duluth sees plenty of ships throughout the year, but a rather unique ship is temporarily here to stay. 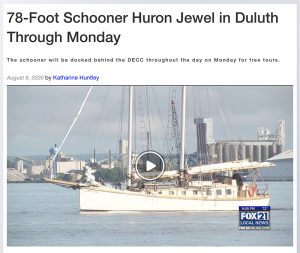 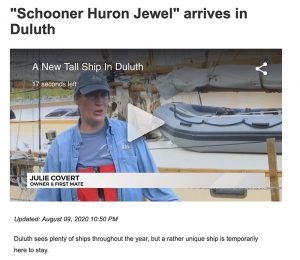 Getting Underway at Saxon Harbor by AirFox Photography
This is the Huron Jewel setting sail after staying in Saxon Harbor, WI 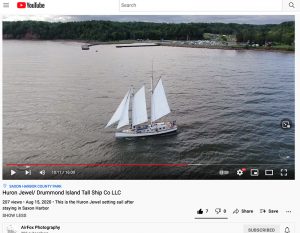 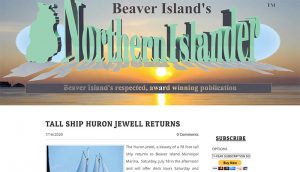 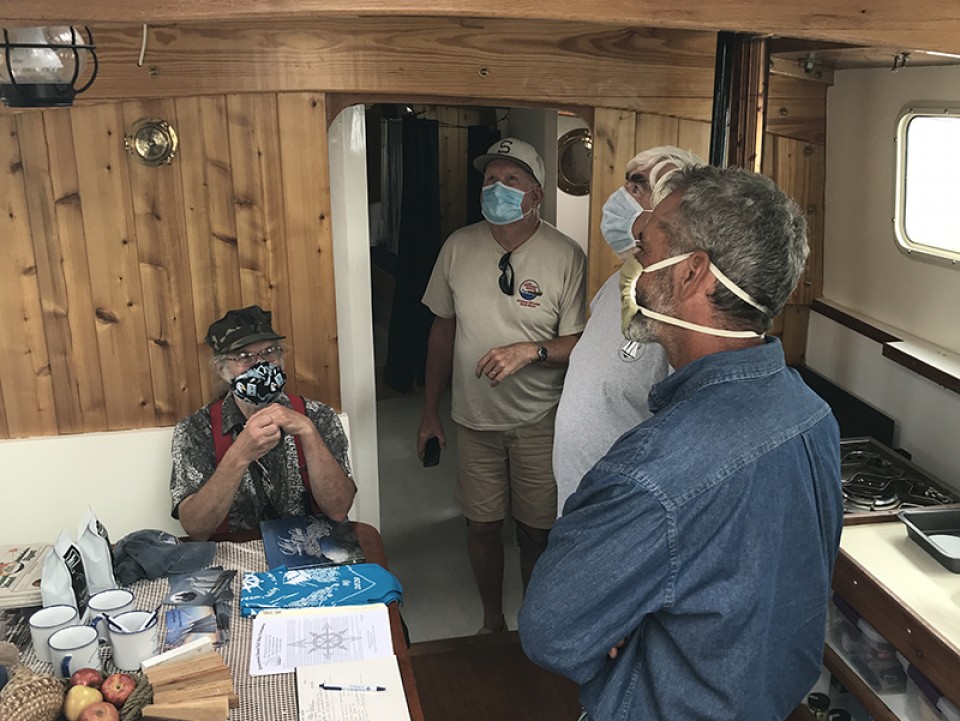 In Hessel, MI Captain Hugh tells guest about the 20+ woods in the schooner. 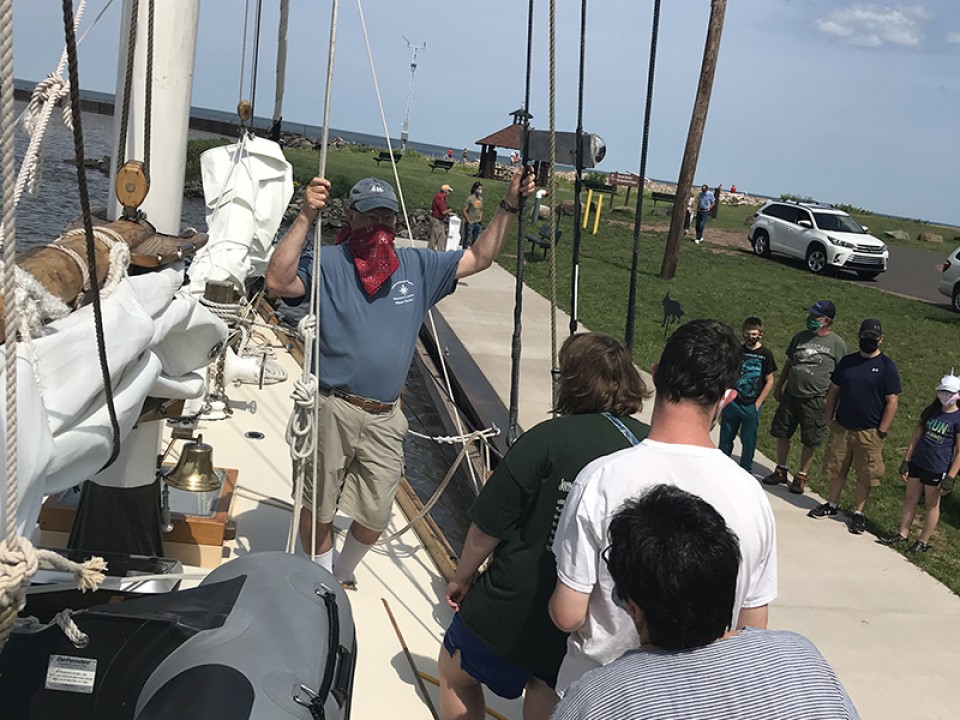 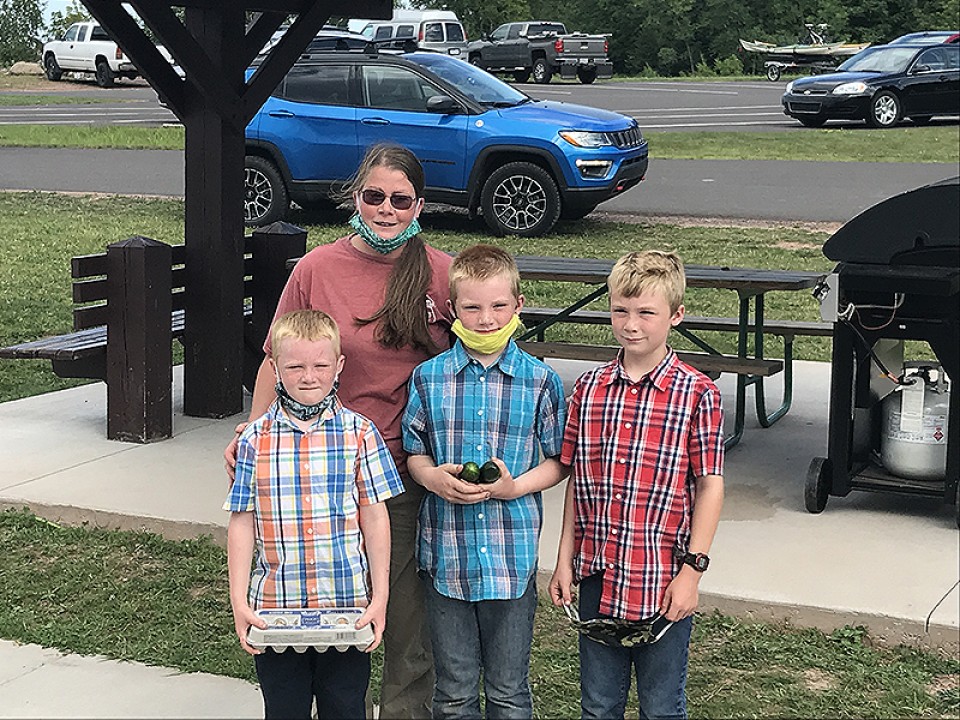 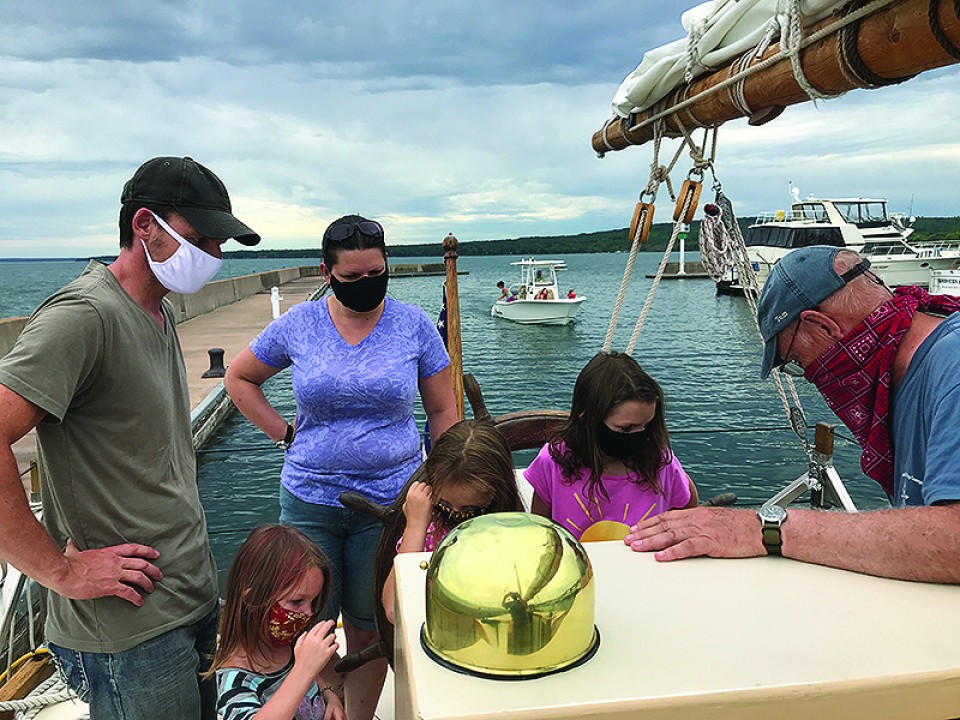 Checking out the binnacle at Washburn, WI. 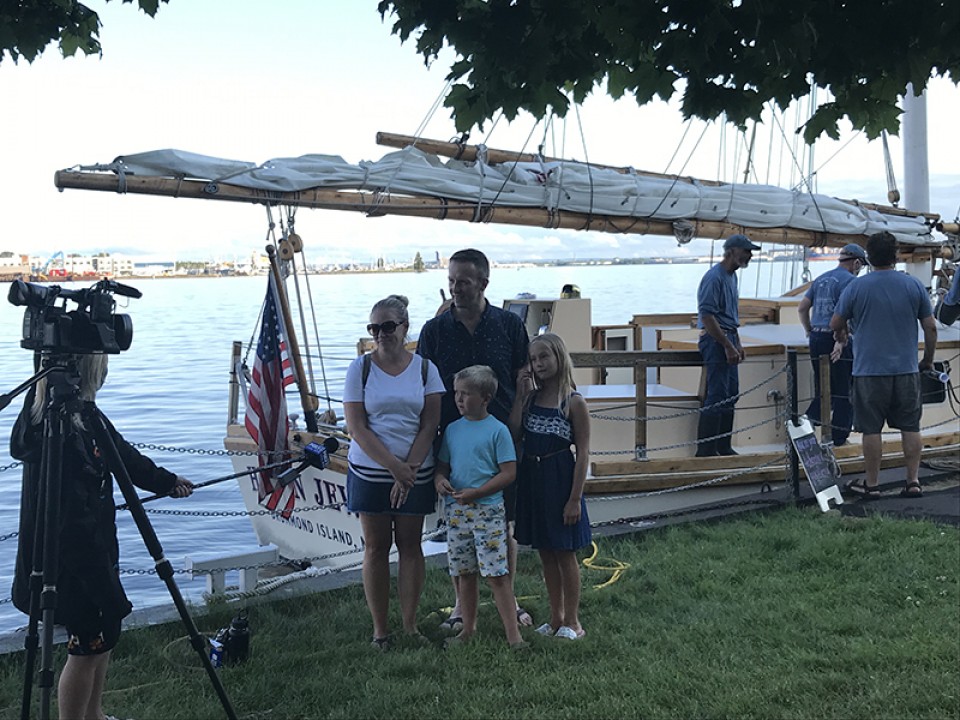 Visitors in Duluth get interview on TV. 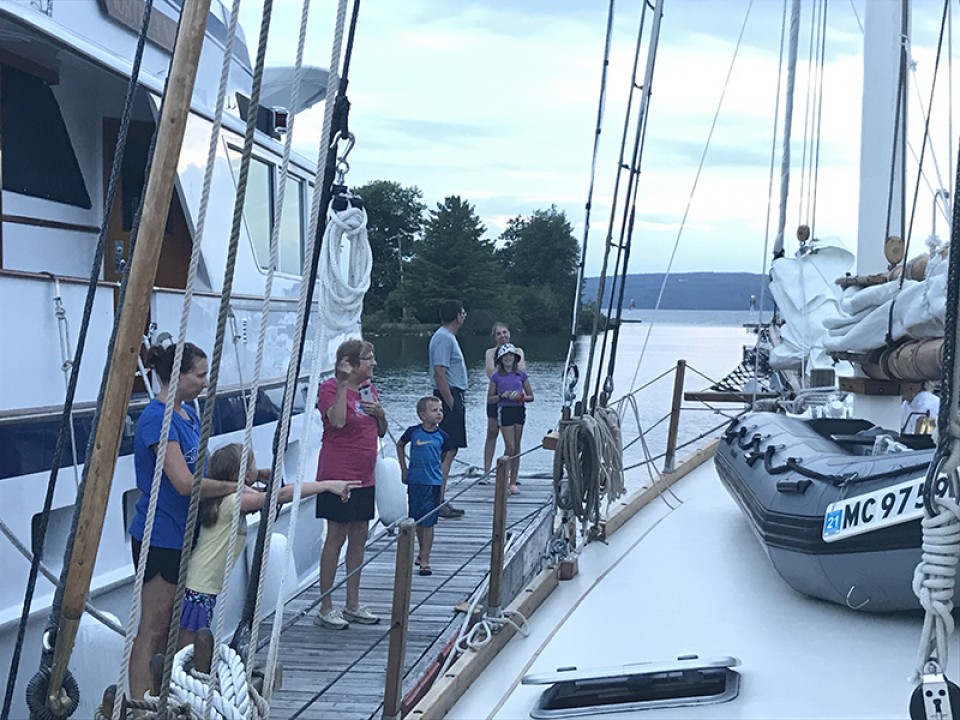 Checking out the schooner on Madeline Island, WI.

"Twenty years from now, you will be more disappointed by the things that you didn't do than by the ones you did do.
So throw off the bowlines. Sail away from the safe harbor.
Catch the trade winds in your sails.
Explore. Dream. Discover."

Details about sponsorships are available at ditallship.com/dreamtoursponsorships/

Thank you in advance for your support as a sponsor to help us encourage others to turn their dreams into a reality.